The order to evacuate the Dachau concentration camp and its subcamps was issued only a few days before the arrival of American troops. The abandoning of the subcamps of the Kaufering complex began on April 23 1945. Three days later the first marching columns left the main Dachau camp, heading southward. The SS forcibly evacuated on transports or mercilessly herded along on forced marches at least 25,000 prisoners from the Dachau camp system.

During these marches, also called the “death marches”, at least one thousand prisoners died. They died of disease, undernourishment, and exhaustion. If a prisoner collapsed or, fully exhausted, simply could not continue, they were beaten or shot to death by SS guards. The route of the marches passed through numerous villages and small towns. Scores of residents witnessed the brutal marches.

Since 1989 municipalities along the routes of the “death marches” have erected 22 identical “death march monuments” by the sculptor Hubertus von Pilgrim. At the intersection of Theodor-Heuss-Straße/Sudetenlandstraße in Dachau, a “death march monument” was erected in 2001 in remembrance of the ordeal and suffering of the victims. 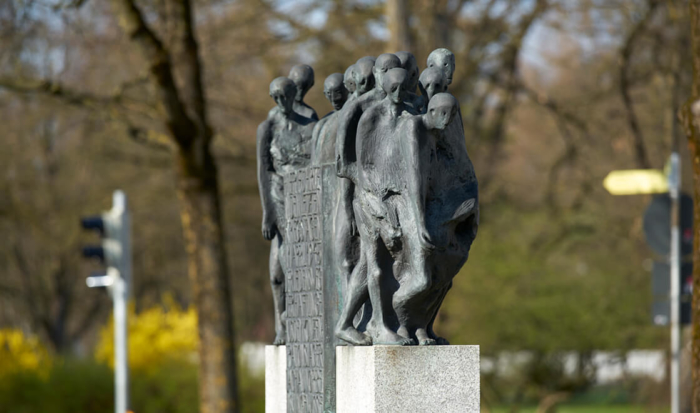 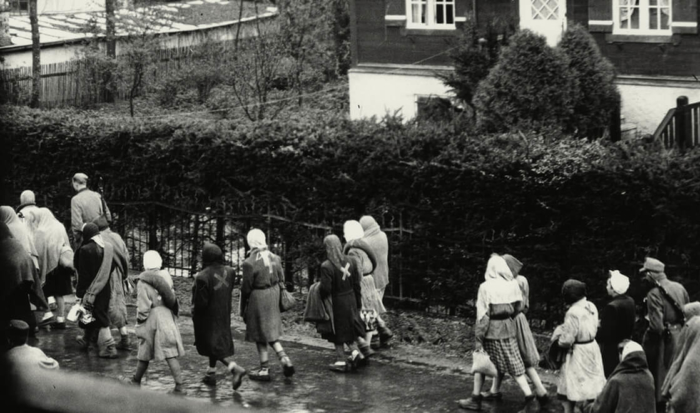 “[…] we could see the furtive parting of curtains as German civilians peered out at us. To our surprise a few of them came out and tried to offer us some bread, but the result was disastrous. Hundreds of starving inmates would descend on the benefactor, often knocking him or her down. The bread was immediately torn to pieces, and the guards set upon the mob. Each time this happened several more bodies were left by the side of the road.”