In the northern part of the Dachau woodland cemetery is a terrace-shaped gravesite that was created for 1,312 concentration camp victims. These persons were former Dachau prisoners who died in the months after their liberation on April 29 1945 from the consequences of their imprisonment.

Between 1955 and 1958, the Italian, French, Belgian, and Dutch tracing services had victims buried at the woodlands cemetery exhumed and transferred to their native countries. In the now unoccupied graves, victims from the “death marches” were re-interred from abandoned concentration camp cemeteries in Upper Bavaria. These victims had initially been buried at cemeteries along the route of the respective march.

Buried in the upper row of graves are a few Polish nationals who had worked for the American military government as guards in the Dachau internment camp.

Located around the graves are memorials dedicated to Jewish, Polish, and Austrian victims of Nazi persecution as well as a memorial stone commemorating those who died during the “Dachau uprising” of April 28 1945.

An armed resistance group made up of escaped concentration camp prisoners and Dachau citizens had stormed the town hall, hoping to liberate the town from the Nazi regime before Allied troops arrived. Units of the Waffen-SS quelled the uprising and killed six of the resistance fighters. Another memorial plaque on Dachau town hall square remembers the victims of the “Dachau uprising”. 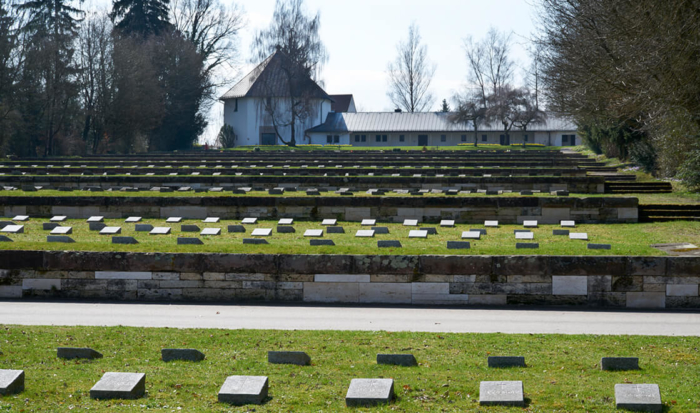 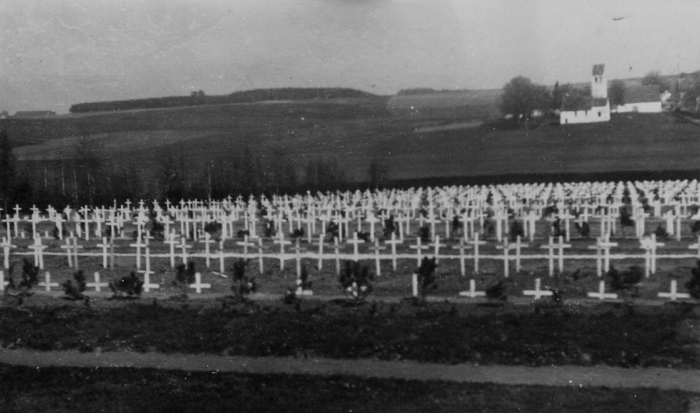 Rows of wooden crosses on the gravesite for concentration camp victims at the woodlands cemetery, around 1945 (Dachau Concentration Camp Memorial Site)