Due to a shortage of coal, the crematorium of the Dachau concentration camp ceased operations in February 1945. Between February and April 1945, the SS forced the prisoners to transport the dead bodies to the nearly Leitenberg and dig mass graves for over 4,000 of their fellow inmates.

After liberation, the American military government ordered that two further mass graves be created for some 2,000 dead persons. Former leading members of the Nazi Party and farmers from Dachau had to transport the dead found in the camp by horse and cart to the Leitenberg and bury them there.

The authorities ignored the graves in the immediate postwar years, until the summer 1949, when their uncared-for state triggered an international scandal. The press and politicians demanded that the Bavarian state government create a dignified final resting place for the concentration camp victims.

Without consideration of the various religious beliefs of the victims, the grounds were redeveloped in line with Christian ideas. The cemetery was consecrated on December 16 1949; a remembrance hall was built in 1951/52.

In the 1950s, the French tracing service conducted exhumations and the dead identified as French citizens were transferred to their homeland. Along with victims from abandoned concentration camp cemeteries in Upper Bavaria, the rest of the dead were reburied on the Leitenberg in single graves. In the 1960s, remains of victims were transferred to Belgium, the Netherlands, Italy, and Norway. The Italian memorial chapel, “Regina Pacis”, was consecrated in 1963. Today, over 7,400 victims of the Nazi regime are buried on the Leitenberg. 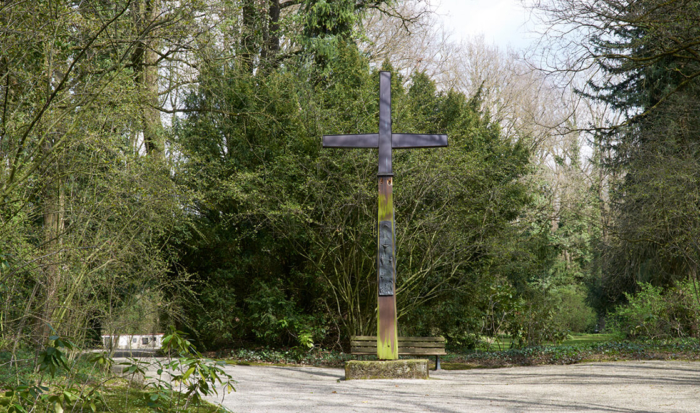 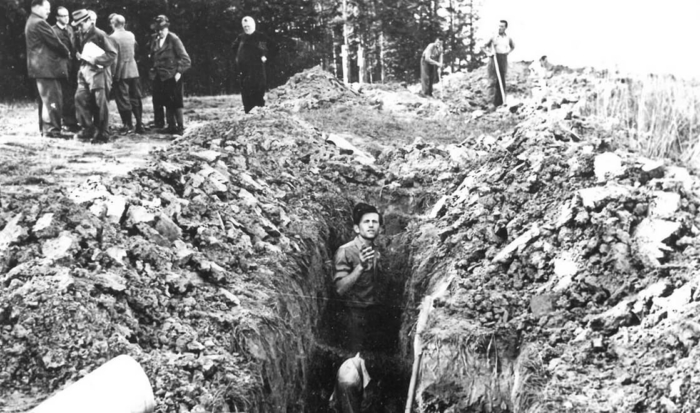