Located to the south of the SS camp were houses and villas lived in by members of the Dachau SS and their families. The residential estate was publicly accessible.

A row of SS villas lined the former “Straße der SS”, today called the “Straße der KZ-Opfer”. They were built during the First World War and belonged to the gunpowder and munitions factory. Still standing today, they were used by the U.S. Army after liberation. Currently they are home to the offices of the Bavarian Riot Police. Panel 7 of the “Path of Remembrance” provides information on the history of the buildings.

“Theodor-Eicke Platz”, named after the second camp commandant, ran along today’s “Pater-Roth-Straße”. Built by prisoners, the complex comprised, along with residential houses, a bakery, a shop, an inn, a post office, and a “community house” with rooms for holding functions. Today the area is built over with new residential houses. 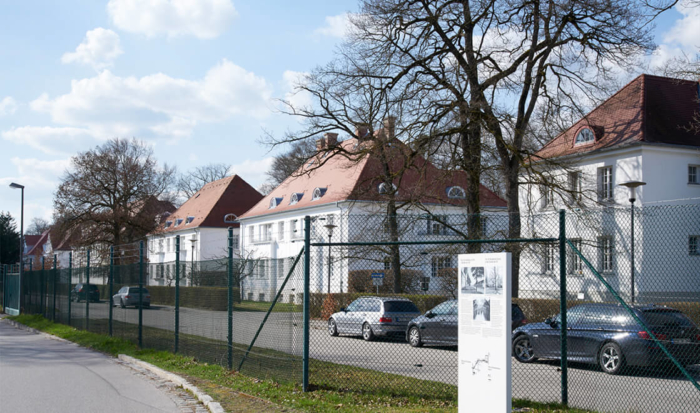 Office buildings of the Bavarian Riot Police, formerly used as villas by members of the SS, the “Path of Remembrance”, panel no. 7, 2017 (Dachau Concentration Camp Memorial Site) 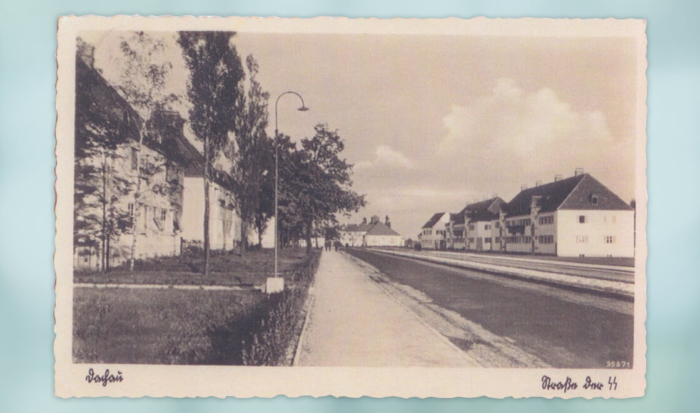 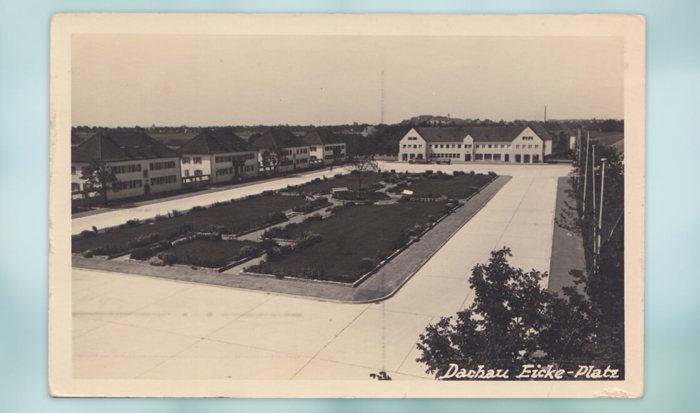