A sidetrack led from Dachau railway station to the SS camp. The SS sometimes transported prisoners to the site of their imprisonment in goods trains. The newly arrived prisoners passed through the western entrance of the SS camp and on to the barracks area. The sidetrack was removed in 1948. At the former entrance to the SS grounds, where today the Isar-Amperwerke Straße runs, a small section of the line has survived. Panel 4 of the “Path of Remembrance” marks this location.

Two days before the liberation of the Dachau concentration camp on April 29 1945, a prisoner transport from the Buchenwald concentration camp arrived. Loaded with 4,480 prisoners, the train had been on route for 21 days. The SS had crammed the prisoners in goods wagons and given them practically nothing to eat or drink. During the journey, thousands died of hunger and exhaustion or were shot by the SS. A train full of dying and already dead persons arrived in Dachau. Only 816 persons survived the transport. The SS refused the train entry into the SS camp, so that it remained standing on the track in front of the gates. Upon reaching the Dachau concentration camp, U.S. Army troops found the bodies in the wagons, a discovery that traumatized many of them. 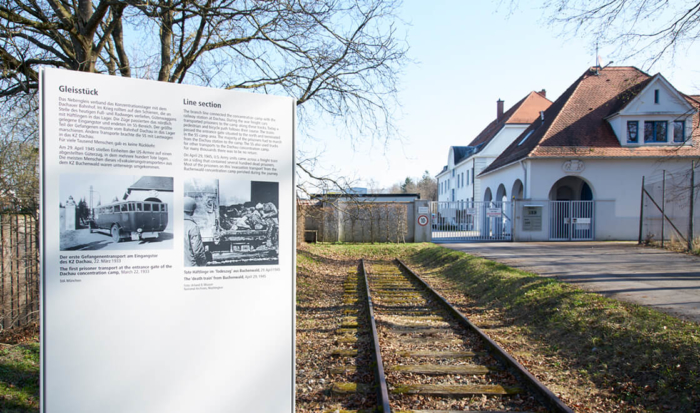 On the “Path of Remembrance”: a section of the rail line at Isar-Amperwerke-Straße with panel no. 4, 2017 (Dachau Concentration Camp Memorial Site) 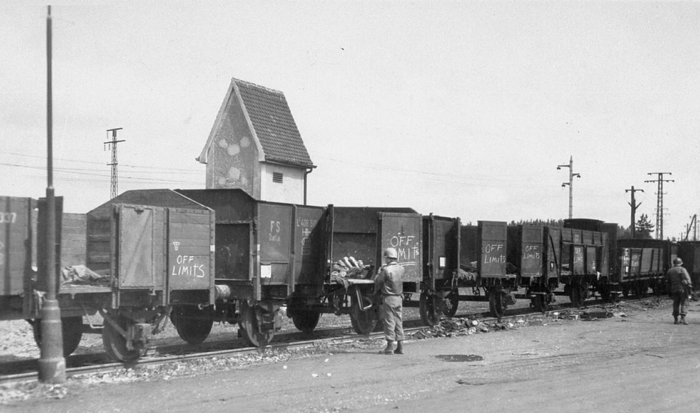 The “death train” from the Buchenwald concentration camp on the section of line leading to the SS camp, April 30 1945 (USHMM)