Inaugurated in 2007, the “Path of Remembrance” is made up of twelve stations with information panels. The route leads from Dachau railway station to the Visitors’ Center of the Dachau Memorial Site. The walk along the three-kilometer long path takes around 45 minutes.

The information panels follow the route by which the majority of prisoners reached the concentration camp, on foot, in trains, or on trucks. The panels describe the diverse links the town of Dachau had with the concentration camp and the personal connections of its residents. The railway station served as a “collecting point” for prisoner transports. Dachau’s residents could see how prisoners and, frequently, dead bodies were unloaded from the trains, and how the SS marched the prisoners to the camp in broad daylight. Moreover, Dachau residents saw the haggard prisoners who, from 1941 onwards, came to town under SS guard to perform forced labor for local businesses. Also featured on the path are various traces of the past and remnants of building structures. The “Path of Remembrance” ends at the former SS experimental agricultural facility/“herb garden”. 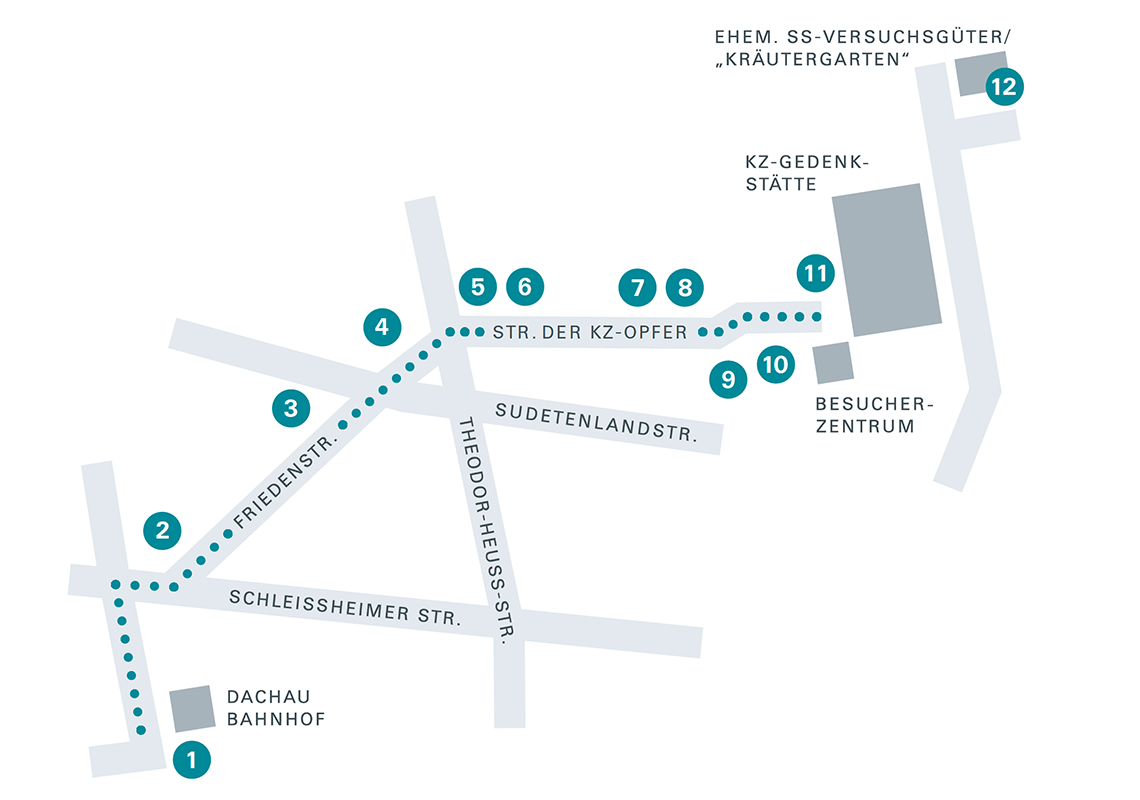