Around two kilometers to the north of the Dachau concentration camp, in the municipality of Hebertshausen, the SS constructed a shooting range in 1937/38. SS units and other military organizations received weapons training there. The facility had five shooting lanes, two shooting stands, a grenade-throwing stand, and a maintenance building. The SS began using it as an execution site in 1941.

On June 22 1941, the war of extermination against the Soviet Union began with the invasion by the German Army. Captured Red Army soldiers were sent to POW camps located in the territory of the German Reich. Together with the German Army, the Gestapo “segregated” 33,000 POWs based on racist and ideological criteria. In violation of international law, Communist functionaries, intellectuals, and Jews were transported to concentration camps and murdered by the SS.

At the Dachau concentration camp, Soviet POWs were mostly killed directly after arriving. The first executions by firing squad took place in the bunker courtyard. Between October 1941 and summer 1942, the camp SS murdered in mass executions over 4,000 POWs at the Hebertshausen shooting range. The SS forced the soldiers to undress and line up in rows of five in the right-hand lane in front of the bullet catcher. Forcibly moved to the left lane, they were then chained to stakes with handcuffs and shot.

After the mass murder of Soviet POWs stopped, the SS then used the shooting range to carry out death sentences passed by the SS and Police Courts.

In 1964, the Lagergemeinschaft Dachau, an association of former prisoners, had the first memorial commemorating the murdered Soviet POWs erected on the onetime grounds of the SS shooting range. In 2014, the grounds were turned into a memorial site with an outdoor exhibition. 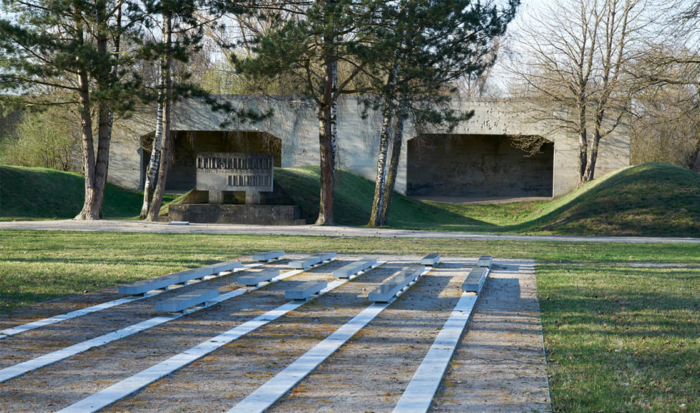 In the foreground the installation “Memorial for the Victims” (2014); behind it the commemorative monument for the murdered Soviet POWs (1964), located in front of the former machinegun and pistol shooting stands, 2017 (Dachau Concentration Camp Memorial Site) 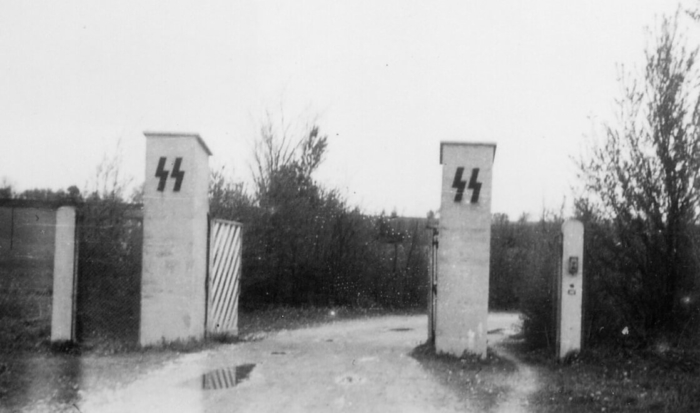 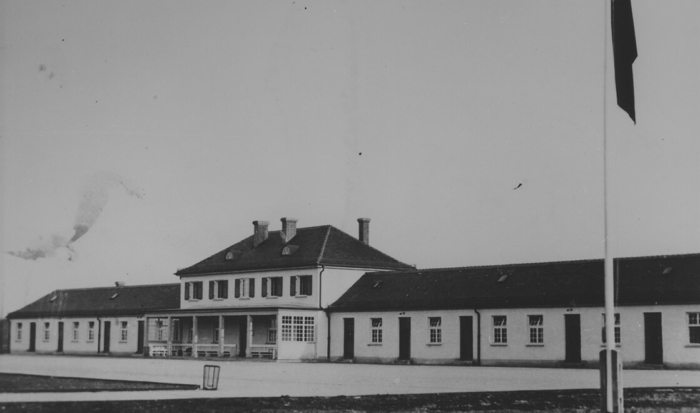