In the prisoner baths, the new arrivals had their heads and bodies shaven, were disinfected and showered. The SS imposed this procedure not only for reasons of hygiene – it was also designed to deprive the prisoners of a sphere of intimacy and humiliate them. Prisoners were then brought to the baths to shower once a week at first, later less frequently.

After showering, the newly arrived prisoners, harassed by the SS, hastily received a prisoner uniform that in most cases was ill fitting. From 1938 onwards, the uniform comprised a jacket, a pair of pants, and a cap of blue-and-white striped drill fabric. The shoes were made of wood and in part linen. The inmates had to sew their prisoner number and a triangular patch onto their uniform. As of 1938, the SS used these variously colored triangular patches of cloth to divide the prisoners into categories. The classification into prisoner groups was based on the ‘reason’ for imprisonment given by the Gestapo or the Criminal Police. The triangular patches were symbols of terror in the concentration camps, used by the SS to stigmatize the prisoners and subject them to a hierarchy that meant the chances of survival varied greatly. The SS used the categories intentionally to sow discord amongst the different prisoner groups.

A red patch was used to categorize political prisoners. Jewish prisoners were issued a color patch in addition to a yellow one, so that the two sewn together formed a Star of David. So-called “professional criminals” were forced to wear a green patch. Returned German emigrants were issued a blue patch. Members of the Jehovah’s Witness – called the “Bible students” – were marked with the purple triangle. The SS stigmatized the so-called “asocials” with a black patch.

In the prisoner baths the SS punished the prisoners for “violations” of the camp regulations. Bound to a trestle, the prisoners were subjected to vicious beatings. In 1941/42, the SS introduced the torture of “pole hanging”.

The former prisoner baths remains unchanged today in terms of its basic layout. The original tub was uncovered during work on the new exhibition, whereas the wooden lattice planks are a reconstruction. The fittings of the beams attached to the pillars, used for the “pole hanging”, were discovered while compiling a report on the historical building substance. The main object is a replica of the trestle used for floggings from 1945, which served as evidence at the Dachau Trials. 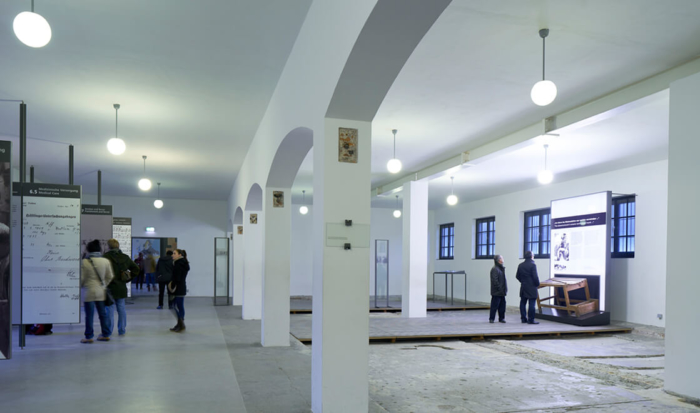 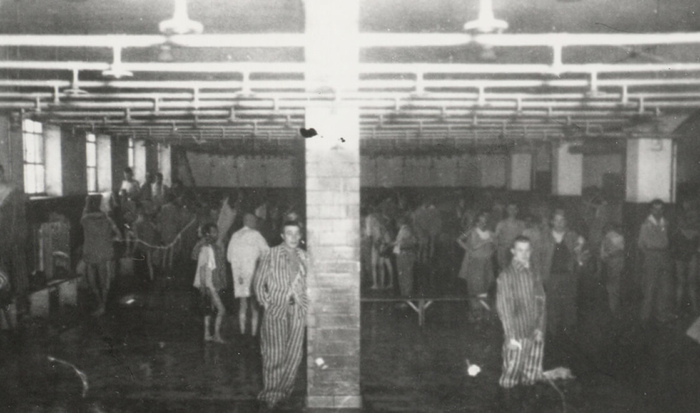 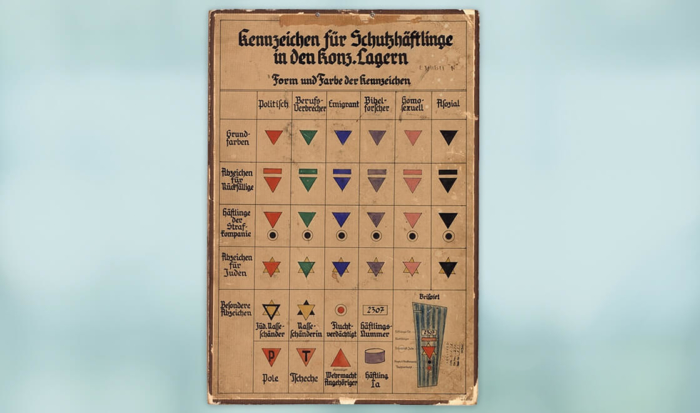 Panel showing the prisoner categories, around 1940 (ITS)