Today, the main exhibition of the Dachau Concentration Camp Memorial Site is located in the former maintenance building. The exhibition presents the history of the Dachau concentration camp and the fate of the prisoners. Also in the building are the memorial room, the special exhibition room, administration offices, as well as the archive and library.

The SS had the structure built as part of the expansion of the prisoner camp in 1937/38. The maintenance building contained various workshops, storage and functional rooms. There the SS deployed the prisoners as metalworkers, electricians, painters, and installers. Inmates had to work in the laundry and the prisoner kitchen. While the kitchen was fitted with modern appliances, provisions were chronically insufficient and the prisoners suffered great hunger.

In the maintenance building the SS continued the humiliating procedure for the newly arrived prisoners. The prisoners were registered in the so-called “shunting room”. There they had to hand over their clothes and personal items. After having all their body hair shaven, the prisoners were disinfected and showered. They received prisoner uniforms that rarely fitted. The SS administration kept the prisoners’ possessions in the effects storeroom, located in the attic of the building.

On the side of the maintenance building roof that faced the roll call area and the barracks, a quote from Heinrich Himmler in large white letters could be read from 1939 onwards: “There is one path to freedom. Its milestones are: obedience, honesty, cleanliness, sobriety, diligence, orderliness, self-sacrifice, truthfulness, love of the fatherland.” Given their desperate situation, this saying openly mocked the prisoners. Hardly any prisoners were released from the concentration camp once the war began. 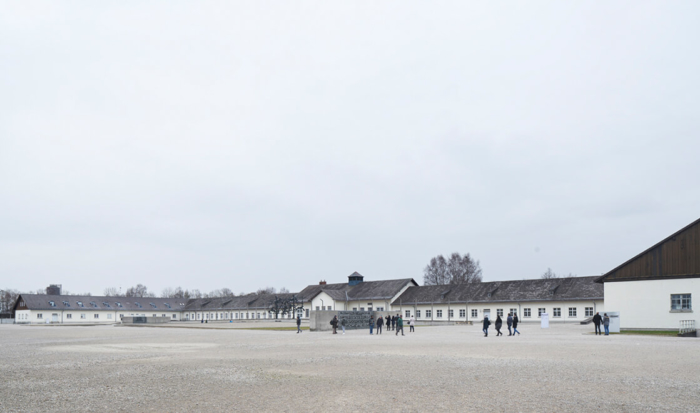 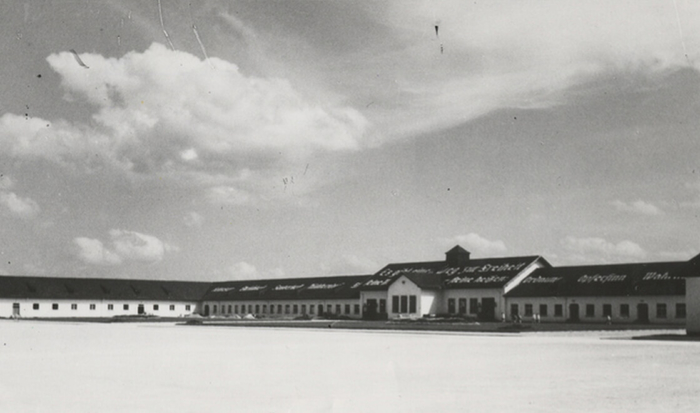 Maintenance building with the quote from Heinrich Himmler on the roof, SS propaganda photo, around 1939/41 (Dachau Concentration Camp Memorial Site)