Upon the end of the Cold War, public attention began to turn to the fate of Soviet prisoners, the third largest victim group of the Dachau concentration camp. The initiative to erect the memorial chapel “Resurrection of Our Lord” came from the leaderships of the Russian Orthodox Church in Germany and Russia together with the embassy of the Russian Federation. The architect Valentin Utkin created the design.

The octagonal wooden structure was prebuilt in Moscow and erected in Dachau by soldiers of the Russian Armed Forces in 1994. The metropolitan of Nizhny Novgorod and Arzamas, Nicolai Kutepov, dedicated the chapel on April 29 1995. It sits on a mound, partly comprised of earth from the republics of the former Soviet Union. 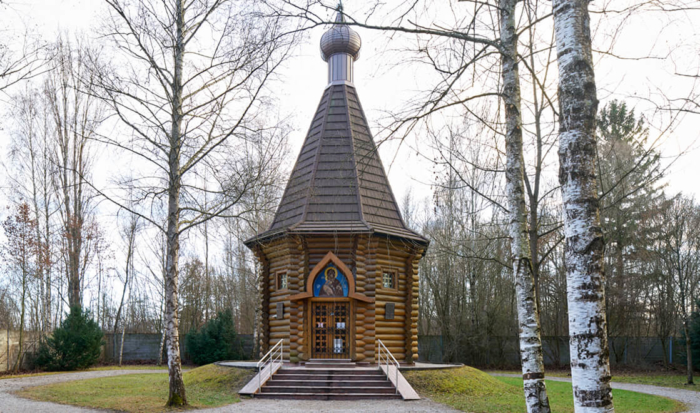