The sickbay functioned as a kind of camp hospital and was initially located in the first two functional barracks on the right of the camp road. These barracks were modern and very well equipped. The SS used the sickbay for propaganda purposes: it served as a showpiece for visiting delegations. The sickbay had two surgeries, a medical dispensary, a laboratory, various casualty clinics, and a morgue. In reality however, the ill prisoners had to endure disastrous conditions. The SS doctors generally neglected them. There was, moreover, a blatant shortage of medicine and bandaging materials. It was not until 1943 that prisoners who themselves were doctors were first allowed to care for their ill comrades.

The living conditions of the prisoners worsened rapidly once the war began. Due to malnourishment, lack of hygiene facilities, and physical exhaustion, they were in a terrible state of health. The sickbay was therefore gradually extended to five barracks. It comprised seven “sick quarter blocks” which were connected to one another through a roofed-over passageway. Because of the rapid spreading of infectious diseases, particularly towards the end of the war, the sickbay became a place of mass dying.

Beginning in 1941, SS doctors carried out horrific medical experiments on prisoners there. Commissioned by the German Air Force, they oversaw experiments on the impact of exposure, altitude, and seawater. Prisoners were subjected to life-threatening hypothermic conditions in a water basin, exposed to extreme pressure fluctuations in an altitude chamber, and forced to drink chemically-treated saltwater. Others were infected with malaria pathogens and phlegmon to test medical drugs. Hundreds died during these inhuman experiments. 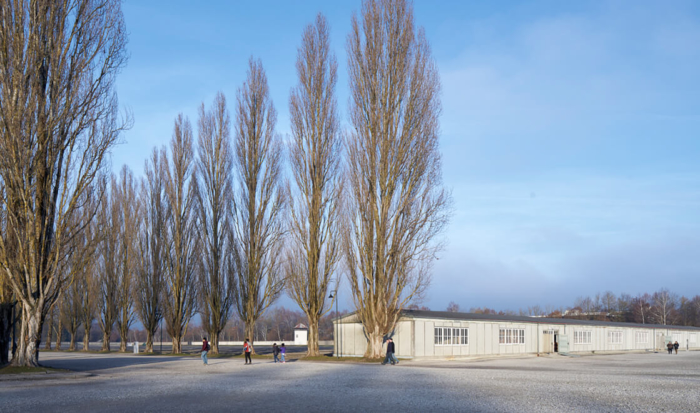 View of the former location of the sickbay, 2017 (Dachau Concentration Camp Memorial Site) 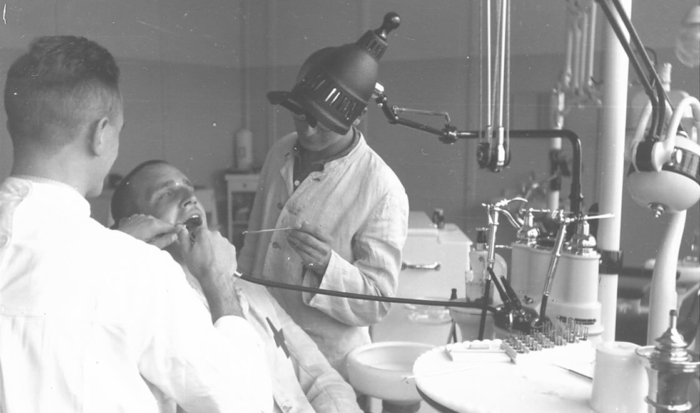 A prisoner is treated in the dental surgery of the sickbay, SS propaganda photo, around 1938/41 (Dachau Concentration Camp Memorial Site) 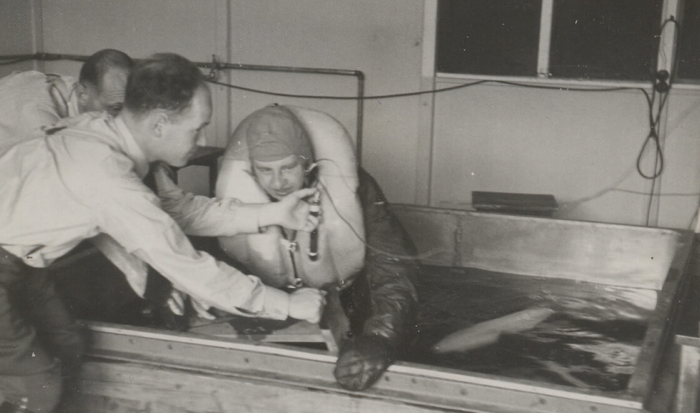 “The sickbays of the concentration camps, and without fail that of Dachau, had nothing to do with what one imagined […] hospitals to be. It was an inhospitable place that had no helpful medical atmosphere […]. Underneath the sham of the surface view was a complete indifference towards the most primitive rules of hygiene and asepsis, and betrayed precisely the state of mind of the SS doctors, who had the task of caring for the inferior cattle which we were.”