Behind the accommodation barracks was a fenced-off area with functional buildings and production facilities where prisoner details were deployed to perform forced labor. The complex was demolished bit by bit in the 1950s and 1960s. Religious sites of remembrance are now located there.

Behind the western row of barracks was the camp nursery (area in red). Saplings and seedlings were grown in the greenhouses that were then later planted in the SS experimental agriculture premises/“herb garden”.

Adjacent to the eastern row of barracks, stalls for Angora rabbits were built in 1940 (purple). The breeding station was constantly expanded; by 1944, more than 4,000 animals were being kept there. The wool and fur of the rabbits was used as lining for the uniforms of the German Air Force.

In 1941, a disinfection barrack was added (orange) where inmates disinfected prisoner clothing and blankets. Because the SS avoided the building in fear of becoming infected, the prisoners used it to hold secret meetings. They also hide a radio receiver there, enabling them to listen to international broadcasters.

In the spring of 1944, the SS opened a camp bordello (green). Designated a “special building”, here women prisoners from the Ravensbrück concentration camp were forced into prostitution. Using a bonus coupon issued by the SS for their rate of work, prisoners could request to visit the bordello. A large majority of the prisoners boycotted the bordello. The SS closed it at the end of 1944. 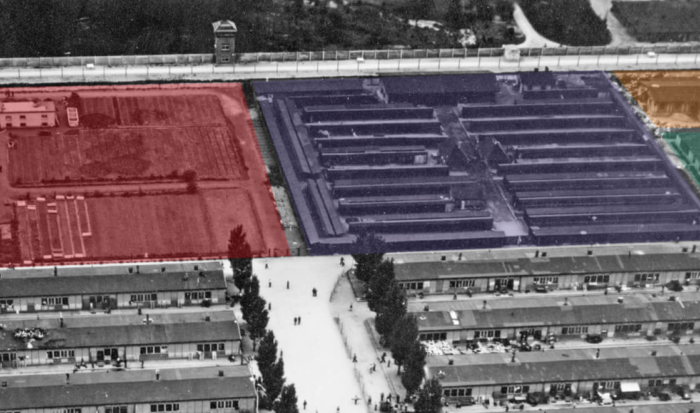 Aerial shot of the functional buildings in the northern end of the camp, May 1945 (USHMM) 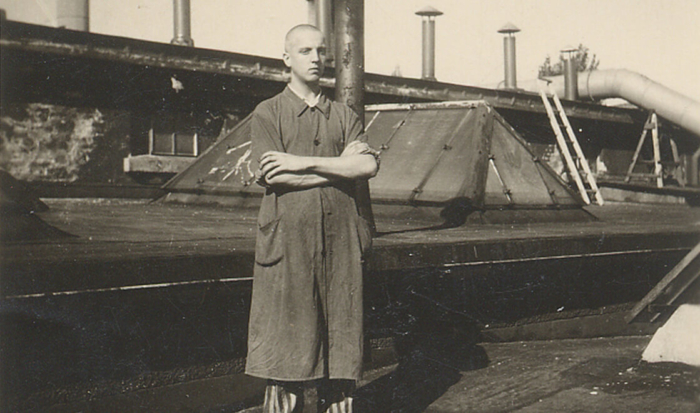 A prisoner on the roof of a greenhouse in the camp nursery, secretly taken photo, 1944 (Dachau Concentration Camp Memorial Site) 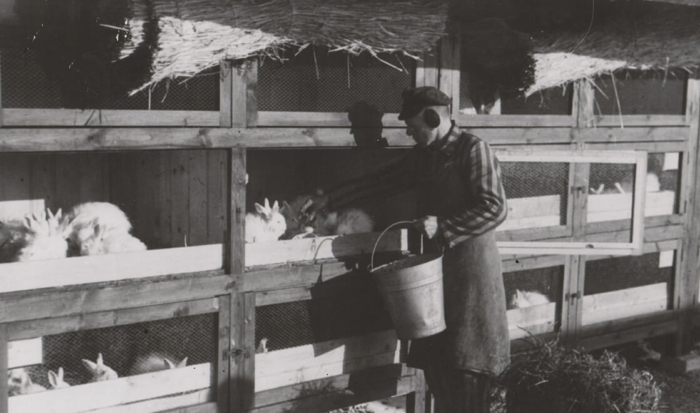 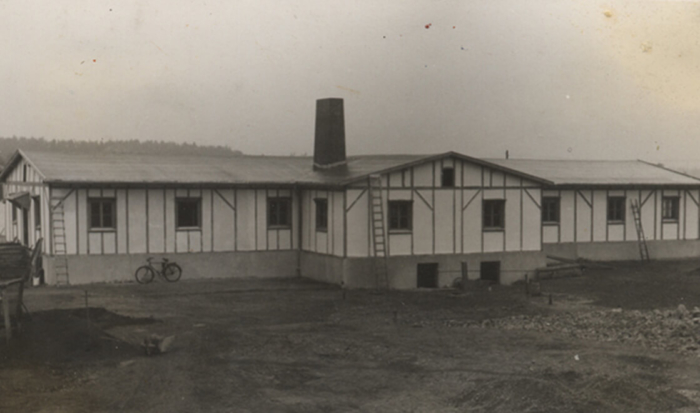 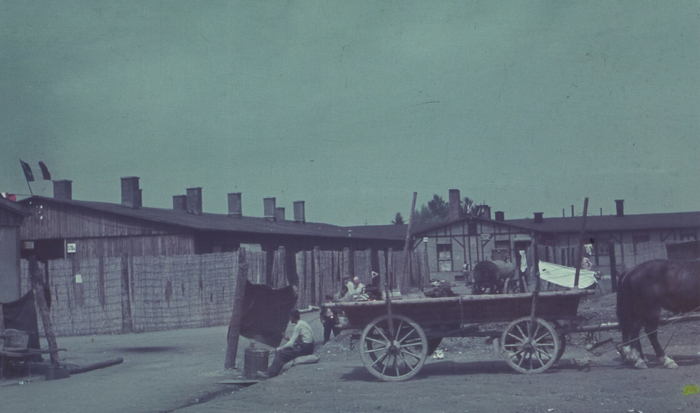 On the left, behind the fence, the bordello barrack; on the right, behind the horse cart, the disinfection barrack, May 1945 (Dachau Concentration Camp Memorial Site)