The SS training camp was behind the commandant’s headquarters. Stationed here were SS units sent to Dachau for basic and advanced military and ideological training. The Nazi regime developed the SS into an elite organization and military strike force. The grounds were home to a diverse array of facilities for instruction and indoctrination, residential and administrative buildings, as well as maintenance and provision operations. Concentration camp prisoners were forced to work on the building sites and in the various company workshops located in the SS camp. 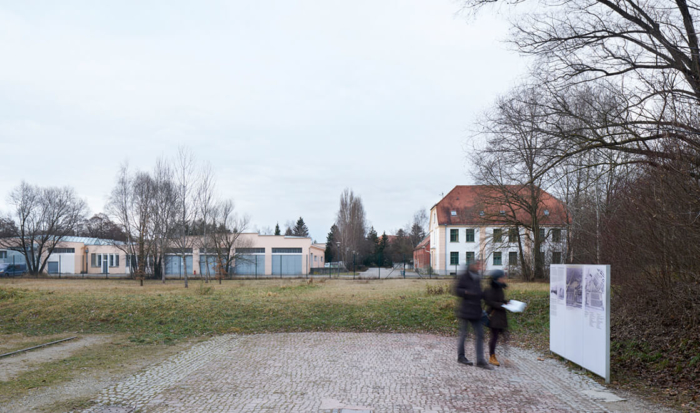