In front of the entrance to the former prisoner camp, the Jourhaus, is the connecting road to the former SS camp. To the left and right are sections of an embankment wall that is made of materials from demolished buildings.

The SS used the existing structures of the gunpowder and munitions factory in the earlier camp as the prisoner kitchen, mess hall, and admission room for prisoners (wall to the left), as well as workshops for carpentry, metalworking, and tailoring operations (wall to the right). In the later expanded camp, SS-owned companies were located in these buildings, for instance the SS Clothing Works and the German Equipment Works.

The structures were torn down in the 1980s. A continuous wall, separating the Memorial Site grounds from those of the Bavarian Riot Police, was built out of the rubble. During modification work to the Memorial Site in 2004, this wall was broken through and the former connecting road uncovered.

In the course of this work, remnants of a section of rail track emerged. This track was used to deliver materials to the SS businesses in which prisoners performed forced labor. This section of track was not used for prisoner transports. Located in the factory halls visible today was the camp bakery. Until 1935, the main SS guardhouse as well as the SS mess hall and kitchen were also housed there. 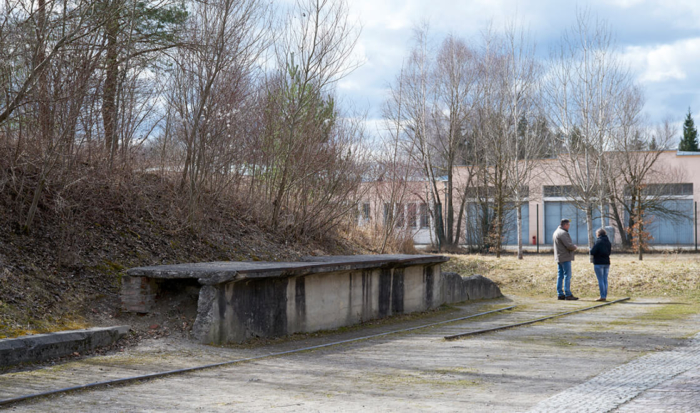 Embankment wall made of demolition material and the remnants of a section of rail track on the left side of the former connecting road to the SS camp, in the background is the former camp bakery, 2017 (Dachau Concentration Camp Memorial Site) 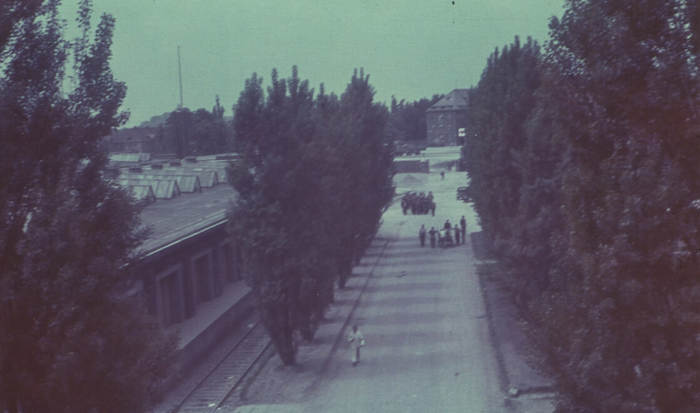 View of the connecting road between the prisoner camp and the SS camp, on the left the section of rail track, May 1945 (Dachau Concentration Camp Memorial Site) 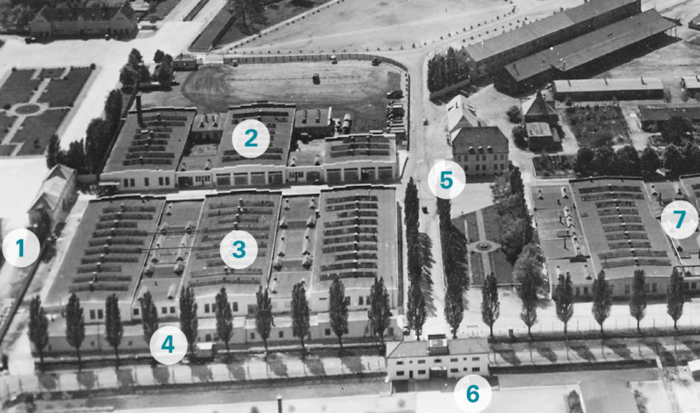 Aerial shot with a view of a section of the former SS grounds, 1950s (Dachau Concentration Camp Memorial Site)