Along the path leading from the Visitors’ Center to the Jourhaus, eight angle irons mark the onetime position of a historical building: the elongated structure where the offices of the political department of the Secret State Police (Gestapo) were located. 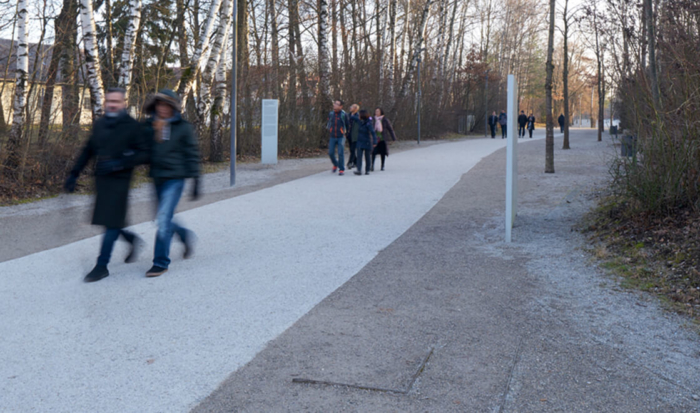 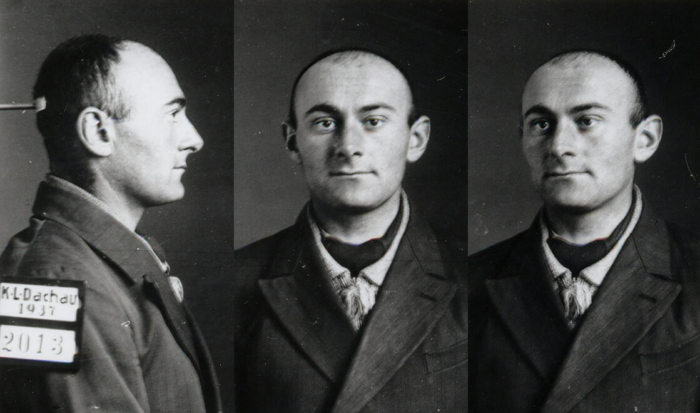