Located to the west of the Visitors’ Center are the remnants of the foundations of the main SS guardhouse. From 1936, the gate building formed the main entrance to the commandant’s headquarters on the SS grounds. This is where the camp SS, responsible for guarding the prisoners, was quartered.

The main SS guardhouse was the place where the arriving prisoners first entered the concentration camp. After arriving at the Dachau railway station, the prisoners were forced to march to the camp under the watch of the SS guards. Buses and trucks were also used to bring the inmates to the camp. Prisoner transports reached the SS camp via the train track that led directly from Dachau station. 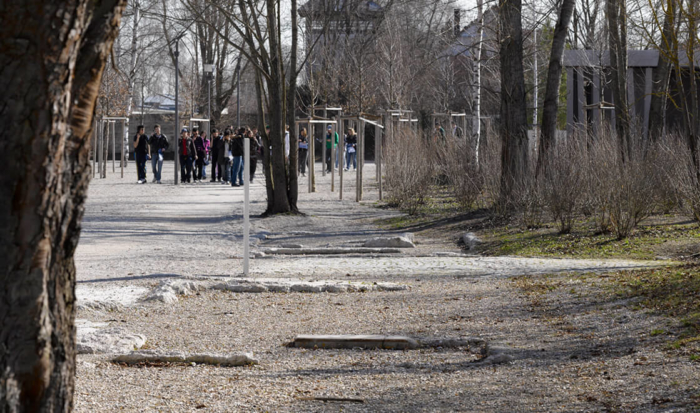 Remains of the foundations of the main SS guardhouse in front of the Visitors’ Center, 2010 (Dachau Concentration Camp Memorial Site) 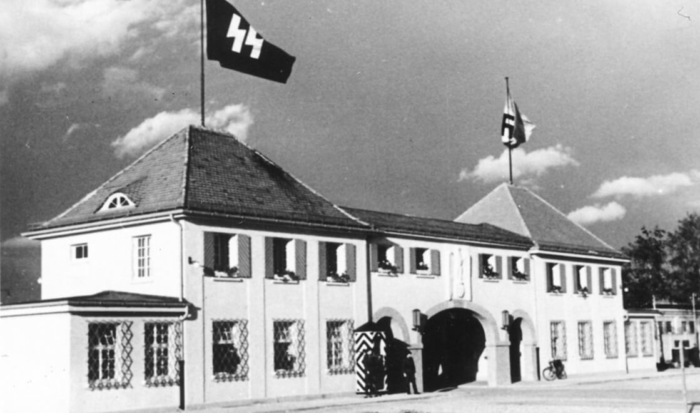