The Jourhaus was the entrance and exit of the prisoner camp, which the SS officially called the “protective custody camp”. Located in the Jourhaus were the duty rooms of the camp SS and the staff of the political department. Prisoners were forced to construct the building in 1936 as part of the rebuilding of the camp.

“Jourhaus” is a military term. “Jour” is French for “day”. Hence, the Jourhaus was where the officer of the day and his staff were stationed. From here, they organized the prisoner work details, controlled the barracks, wrote applications for imposing punishments, and arranged the guarding of the prisoners. From the perspective of their prisoners, the Jourhaus was the center of SS power.

Installed and controlled by the SS, and hence dependent on them, the “prisoner functionaries” assumed a series of guard, supervisory, and administrative tasks. These prisoners were forced to carry out the orders issued by the SS, even if these orders threatened the health or life of their fellow prisoners – otherwise they could expect to be punished. Many of them used their position to protect their fellow prisoners. Deploying prisoner functionaries was an instrument of SS control.

Every newly arrived prisoner passed through the wrought-iron gate of the Jourhaus with the inscription “Arbeit macht frei” (“Work sets you free”). This saying reflected how the Nazi propaganda aimed to downplay what took place in the concentration camp, presenting it as a “work and education camp”. It also revealed the cynical debasing attitude towards the prisoners, for forced labor was one of the main instruments of extermination and terror used by the SS. 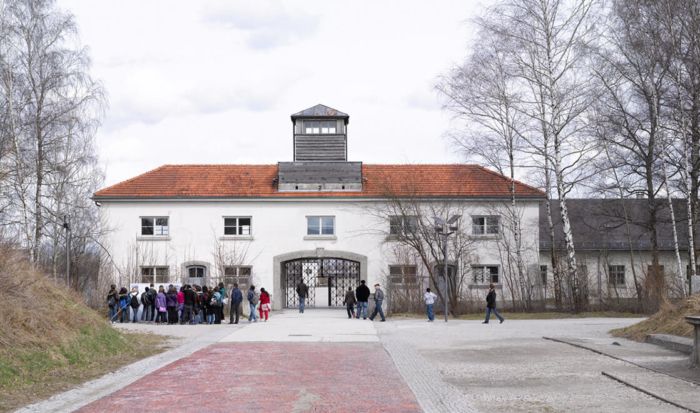 The Jourhaus with the gate to the prisoner camp, 2010 (Dachau Concentration Camp Memorial Site) 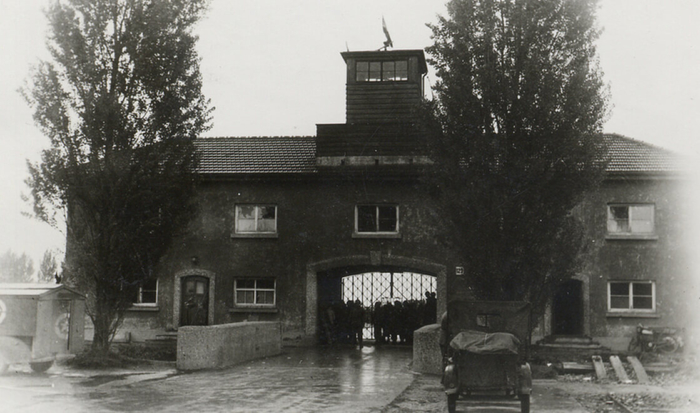 “In the gateway a wrought-iron trellis was opened. […] The barracks shimmered green through the barbed wire. Even from faraway one could see that everything was kept scrupulously clean and not even the smallest scrap of paper lay on the ground. But something grim, something awful, something ice cold hung over everything. Never before in my life have I felt a setting to be so unconditionally dangerous and hostile.”