Beyond the northern wall of the Memorial Site, behind the Mortal Agony of Christ Chapel, is the Carmelite Convent of the Precious Blood. The order of the Discalced Carmelites was founded by Saint Teresa of Ávila in the sixteenth century. The Carmelite nun Sister Maria Theresia deliberately chose the former Dachau concentration camp because of the horrors that took place here – it was to become a place of offering and prayer, and so establish a living symbol of hope.

The convent was consecrated on November 22 1964 by Johannes Neuhäusler. Josef Wiedemann designed the plan, which takes the form of a cross. The courtyard, the gate, and the church of the convent are publicly accessible through an aperture in a former guard tower. The final resting place of Johannes Neuhäusler is located in the church. In the convent’s courtyard, liturgical objects from the camp chapel are exhibited in a vitrine. 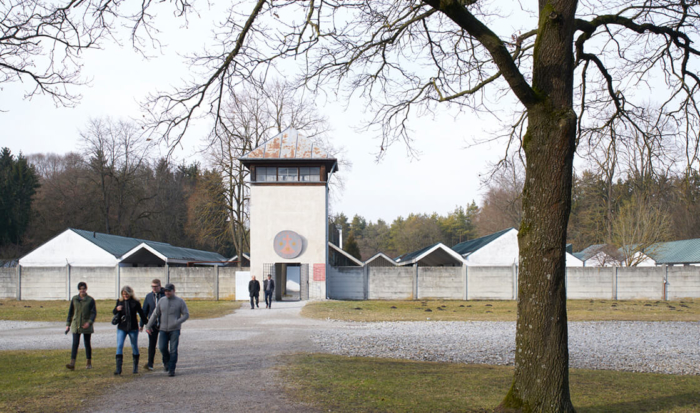