The Catholic Mortal Agony of Christ Chapel was the first religious memorial erected at the northern end of the former camp grounds. The functional buildings of the concentration camp located here were demolished in the 1950s and 1960s.

The Dachau survivor and later auxiliary bishop of Munich, Johannes Neuhäusler, initiated the building of the Mortal Agony of Christ Chapel. The chapel was consecrated on August 5 1960 during the Eucharistic World Congress. Designed by the architect Josef Wiedemann, the open cylindrical structure faces the central axis of the former camp. Above the entrance is a crown of thorns made of iron. Symbolically, the structure stands for the liberation from captivity through Christ. The memorial bell in front of the chapel rings out once a day shortly before 3 p.m., the hour of Jesus’s death as depicted in the Bible.

On August 20 1962, the Dachau survivor and later archbishop of Szczecin-Kamień, Kazimierz Majdański, unveiled a bronze likeness of Christ and a trilingual dedication honoring the Polish prisoners, the largest prisoner group in the Dachau concentration camp. 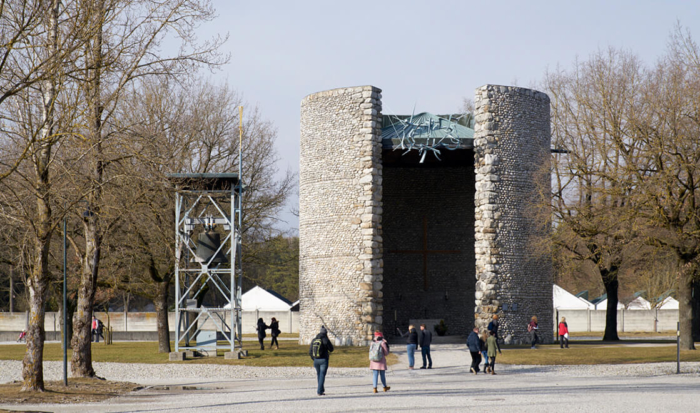