This very first issue of our newsletter, to be published quarterly, provides you with information on work currently taking place at the Dachau Concentration Camp Memorial Site. A range of activities will be covered, from research projects, publications, exhibitions, and events, while our new staff members will also be introduced. Our first newsletter looks back at the presentation of the book of remembrance for the dead of the Dachau concentration camp, but also looks forward to important dates and events in the coming months, for example the handing over of the “Archive of Remembrance” to the Dachau Memorial Site by the Italian historian and film director Marco Coslovich. Allow me here to take the opportunity to also draw your attention to the new thematic tours our education team has been conducting since May this year.

The next issue of our newsletter is scheduled for November 2011. 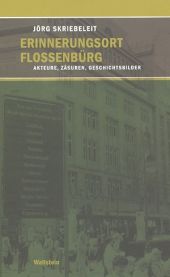 Handover of interviews with surviving witnesses on Wednesday, November 23, 2011

Marco Coslovich On Wednesday, November 23, 2011 a collection of almost 100 Italian interviews with surviving witnesses will be handed over to the Memorial Site, the “Fondo Marco Coslovich”. The Italian Marco Coslovisch was imprisoned in the Dachau concentration camp, where he died. His grandson of ...read more

(f.r.t.l.) Dr. Gabriele Hammermann, Dr. Sabine Schalm, Hana Klein, Giles Bennett On May 18, 2011 Hana Klein from Israel visited the Memorial Site to take part in a contemporary witness conversation. Hana is one of the seven children born in the winter of 1944/45 at the ...read more

On June 22, 2011 a commemorative service was held to mark the burial of the mortal remains of unknown Soviet prisoners of war on the former “SS shooting range Hebertshausen”. In 1941-1942 SS units of the Dachau concentration camp shot dead around 4,500 Soviet prisoners, ...read more

Hans de Vries On July 20, 2011 the Dutch historian Hans de Vries gave a lecture entitled “Forgotten Victims”. He characterized those former concentration camp prisoners as “forgotten” who were consigned to oblivion after the war, and still are today, for example the so-called asocials and ...read more

New at the Memorial Site

Dr. Kay Kufeke has assumed the post of head of the Research Department in April 2011. Having graduated with a PhD in history, he was most recently involved in the new permanent exhibition of the Topography of Terror Documentation Center in Berlin. Dr. Aline Sierp has joined our Education ...read more

The firm Florian Nagler Architects from Munich will be awarded this year’s German Architecture Prize in mid-October for the Dachau Memorial Site’s Visitor Center completed in 2009. Only last year the firm was awarded the Bavarian Architecture Prize for this project, while it is currently supervising the revamping of ...read more 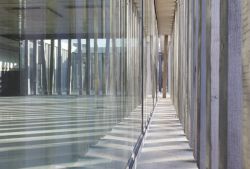 A look … at the collection

A blue-checked woolen dress is the only civilian item of prisoner clothing in our collection. The 21-year-old Slovak Margita Lustig wore it from the end of 1944 in the Dachau subcamp Augsburg-Kriegshaber until her liberation in Dachau. On the front she had to sew her Dachau prisoner number and ...read more 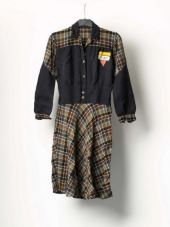 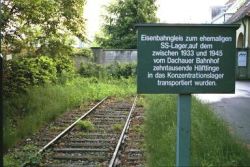